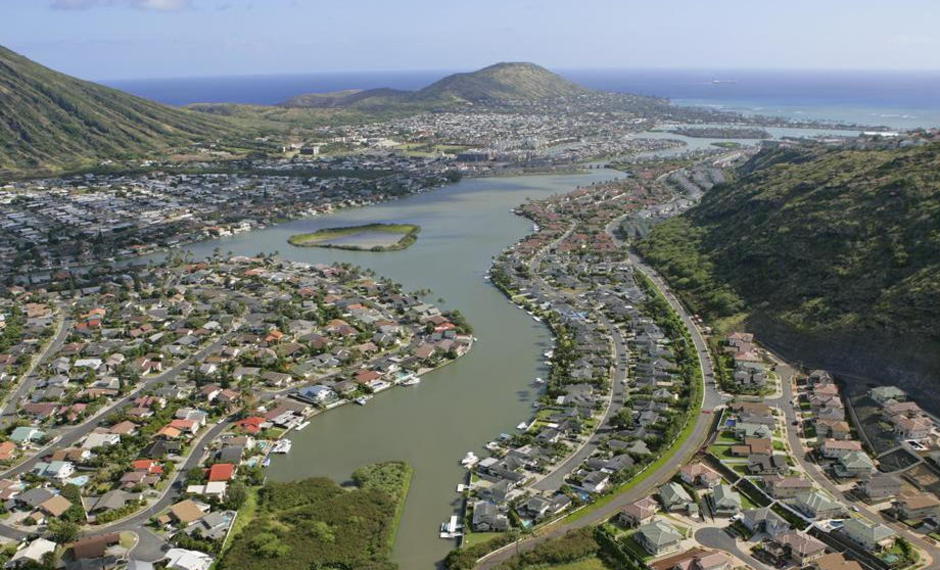 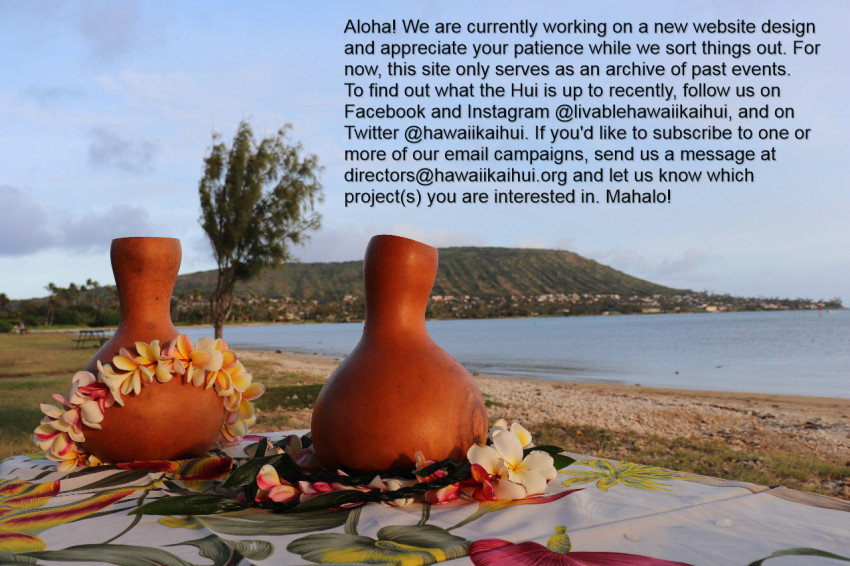 2019 - What is most important to East Honolulu - Contact us (above) to stay connected and get involved!

Second Saturdays !
Ready for September? We can't wait for you to join us again for Second Saturdays at Keawāwa Wetland! Mark your calendars for Sep. 14 and please share the flyer below and attached with your friends and 'ohana.
Sept 2019 Second Saturday%0D%0A Mardi.p[...]
Adobe Acrobat document [932.7 KB] 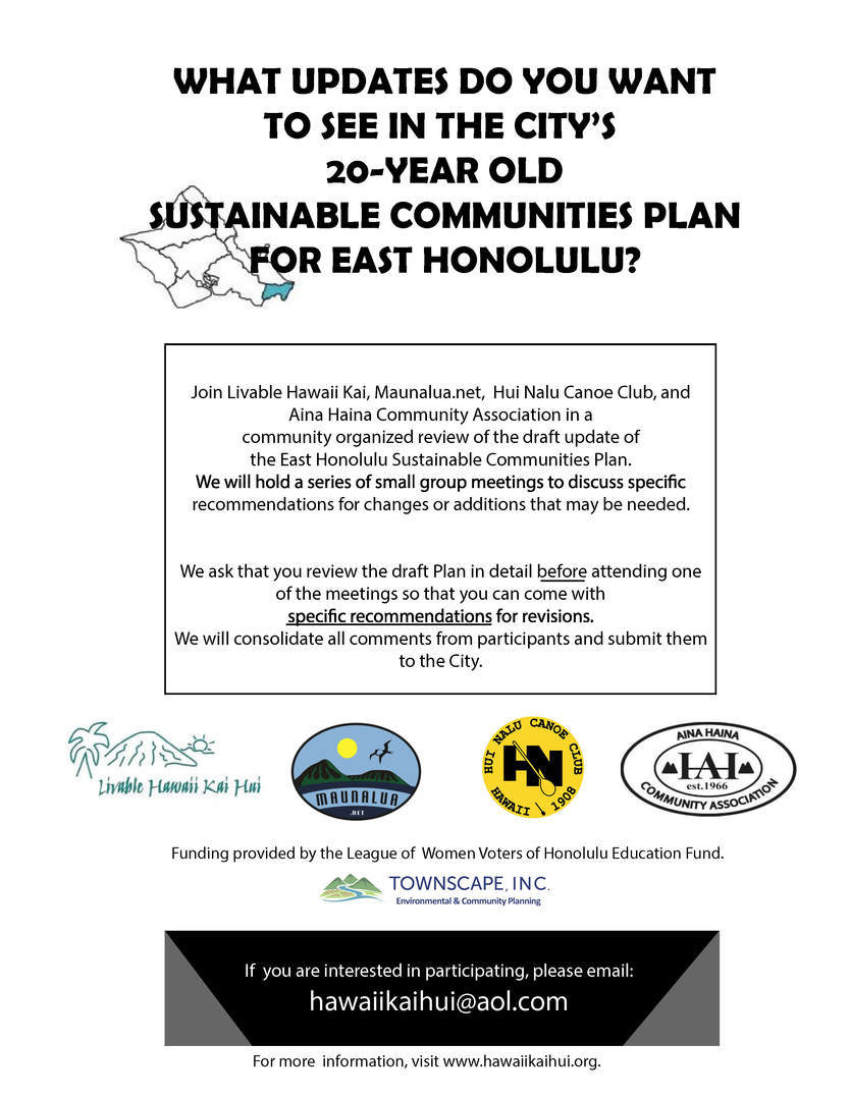 We are a 501(c)(3) non-profit, non-partisan community organization serving East Honolulu, established in 2004. Officers and Directors are pro bono. We encourage grassroots organizing, believe in open dialogue and disclosure guaranteed under the Sunshine Law. We strive to promote sensible growth and respect for the land. We would like to give you the opportunity to stay in touch with us, our community, and its issues.

Our mission is to uphold the integrity of the East Honolulu Sustainable Communities Plan which sets guidelines for sensible development respectful of Hawaiian cultural and natural resources that make East Honolulu a unique place to live. Protection of land through stewardship or acquisition and community education and engagement.

Thank you for visiting! 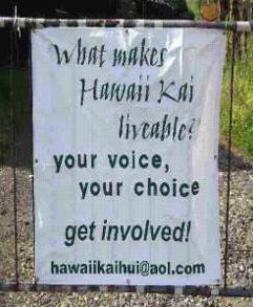 What Makes Hawaii Kai Livable? Kamilo Nui Valley - It all started on April 22, 2004 with a street banner that read, "What Makes Hawaii Kai Livable" and a mission to help preserve Kamilo Nui Valley from residential development because it is outside the Urban Growth Boundary (UGB). In our efforts to protect the Valley, we realized from the many letters we received from Hawaii Kai residents, that there were too many quality of life and environmental issues that needed to be addressed so we established Livable Hawaii Kai Hui.

We are your friends and neighbors. We are citizens like you, with valid community concerns. We connect on issues such as traffic, congestion, aging infrastructure, zoning, and urban sprawl. We are for maintaining adequate open space and the preservation of the agricultural lots in Kamilo Nui Valley and other areas in East Honolulu. Kamilonui Valley is a natural watershed that leads out to Maunalua Bay. 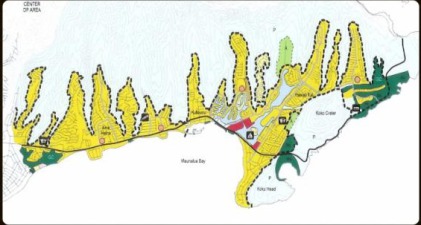 LIVABLE HAWAII KAI HUI CORPORATION IS ORGANIZED FOR CHARITABLE, EDUCATIONAL, AND SCIENTIFIC PURPOSES, INCLUDING ENCOURAGING GRASS ROOTS ORGANIZATION, COMMUNITY AWARENESS AND EDUCATION OF LAWS, RULES AND REGULATIONS THAT GUIDE SENSIBLE GROWTH AND DEVELOPMENT TO ENHANCE THE QUALITY OF LIFE FOR RESIDENTS, FOCUSING ON THE PRESERVATION OF THE AGRICULTURAL LANDS IN KAMILONUI VALLEY, NATURAL WATERSHEDS AND ADEQUATE OPEN SPACES AND COMMUNITY STEWARDSHIP FOR THE PROTECTION OF WATERSHEDS, WETLANDS, NATURAL AND SCENIC RESOURCES AND CULTURAL AND HISTORIC AREAS IN EAST HONOLULU. 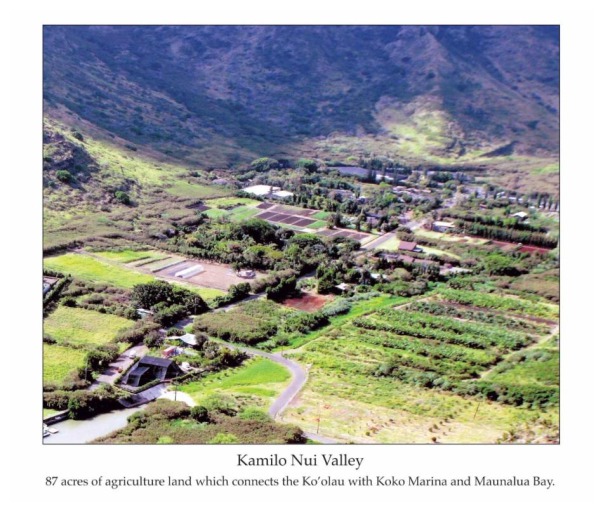 In the foreground, the farmer's road curves around the Spillway where rainwaters flow into the Hawaii Kai Marina. Kamilo Nui Valley is a natural watershed that aides in protecting the ecosystem that filters and flows out to Maunalua Bay.

The Farmer’s road has provided the leaseholders with ingress and egress for over 45 yrs. The Farmer’s co-op was formed in the early 1970's when they were uprooted from the Lunalilo Home Road farmland to help pave the way for future Hawaii Kai development.

The Farm land is owned by Kamehameha Schools. Protecting the Urban Growth Boundaries of East Honolulu is one of our goals. The lands include Kamilo Nui Valley, the Ka Iwi Coastline, and the Paiko Ridge Parcels. We have unanimous support from our Hawaii Kai community, Hawaii Kai Neighborhood Board, and our city and state officials. 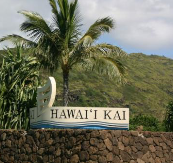 STAY CONNECTED WITH YOUR COMMUNITY

There is much more and that is why we encourage you to join us. Get connected and stay informed. Speak to our public leaders with a concerted voice. Together we can make a difference. Our Hawaii Kai Neighborhood Board is our first line of representation to all decisions that impact our city, our county and our state. It is important that you vote for members you know and trust. And, we invite you to come and join us at these meetings. They currently meet the last Tuesday of each month at 7:00 PM at the Hahaione Elementary School cafeteria. 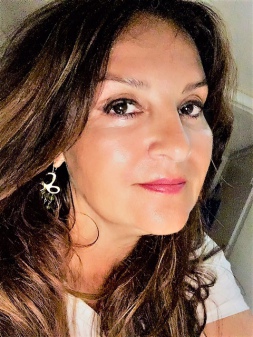 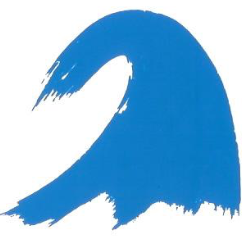 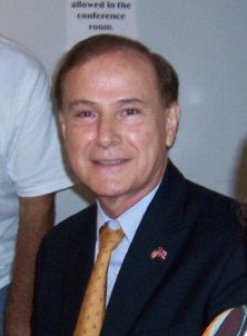 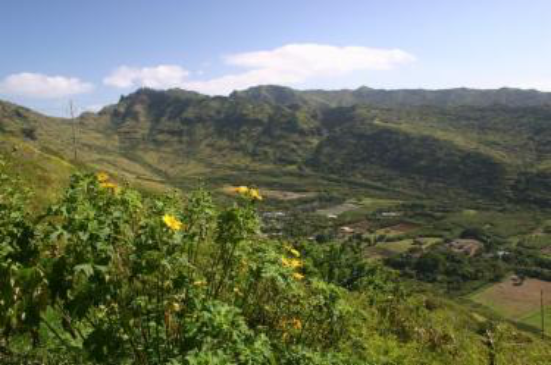 Photo of the Valley by Jim Longwell 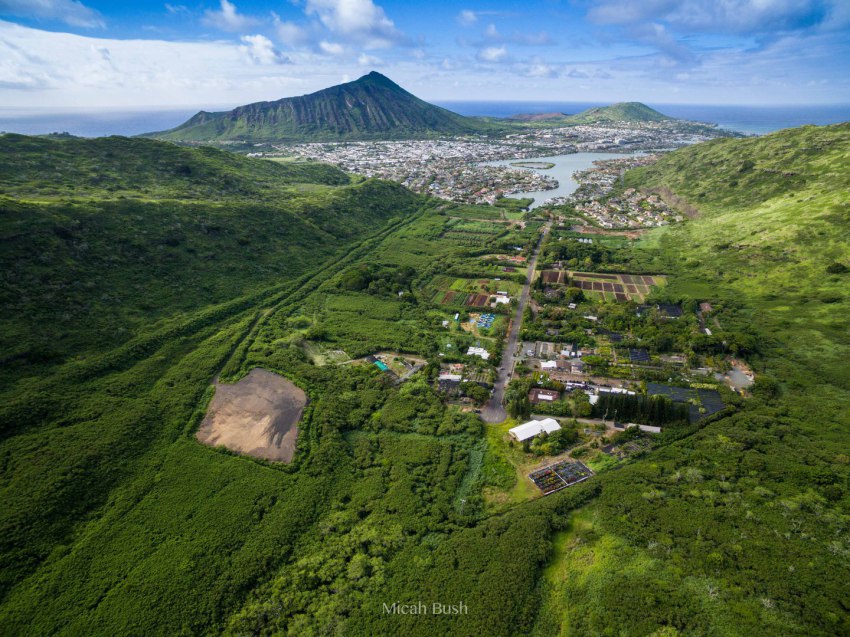 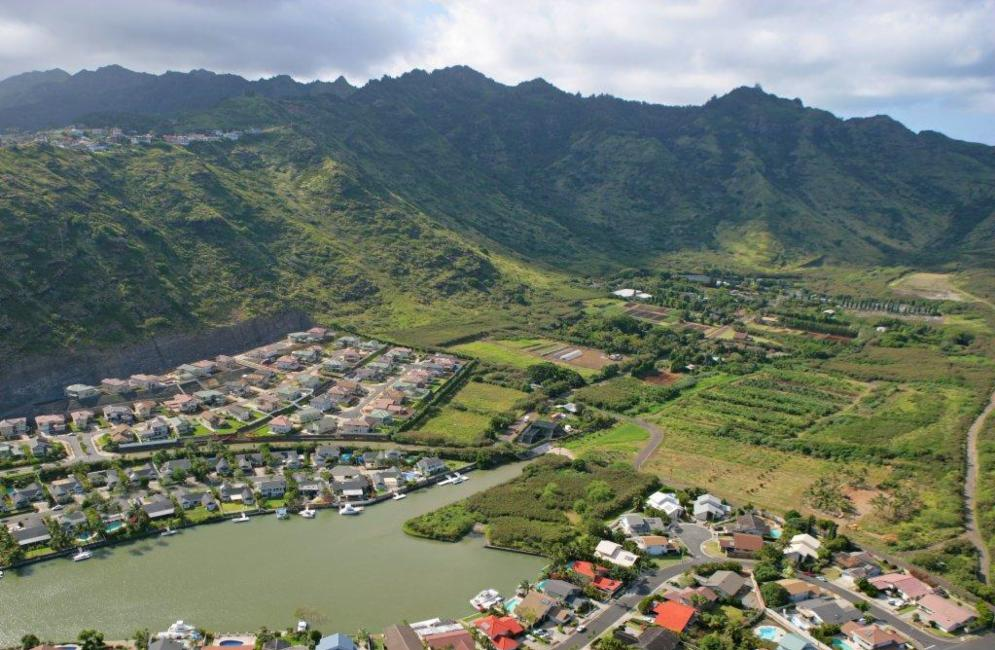 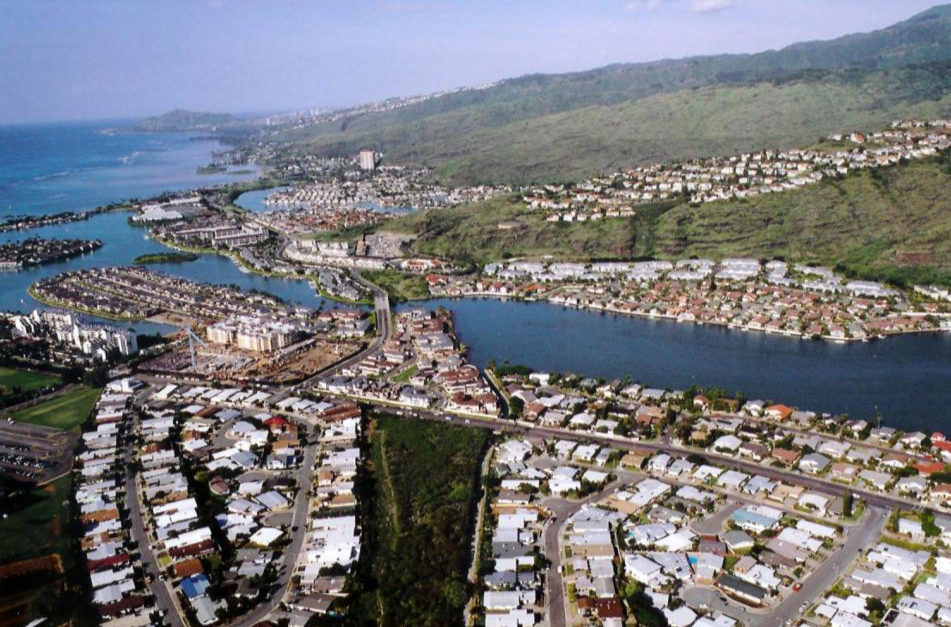 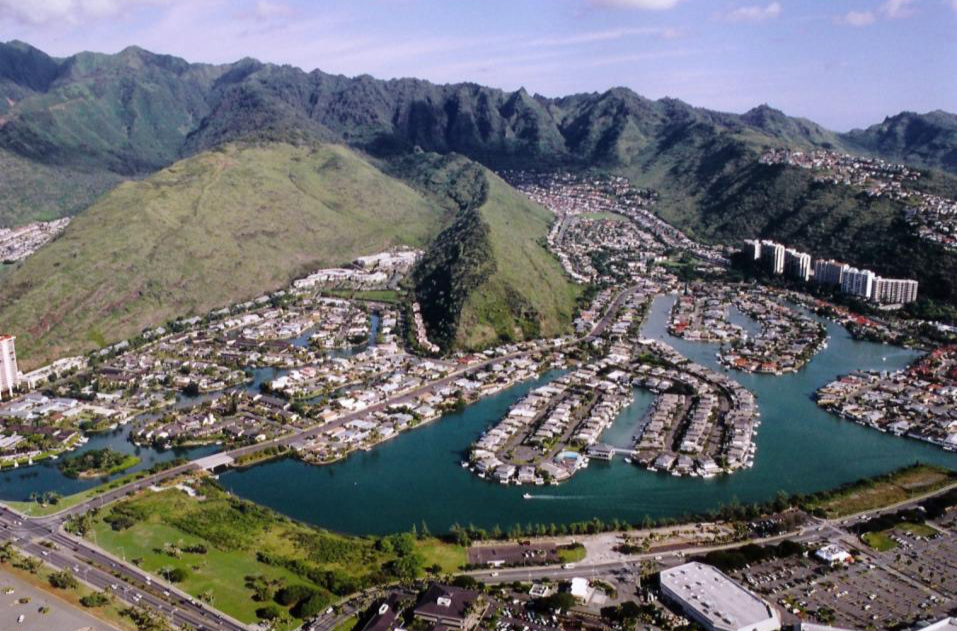 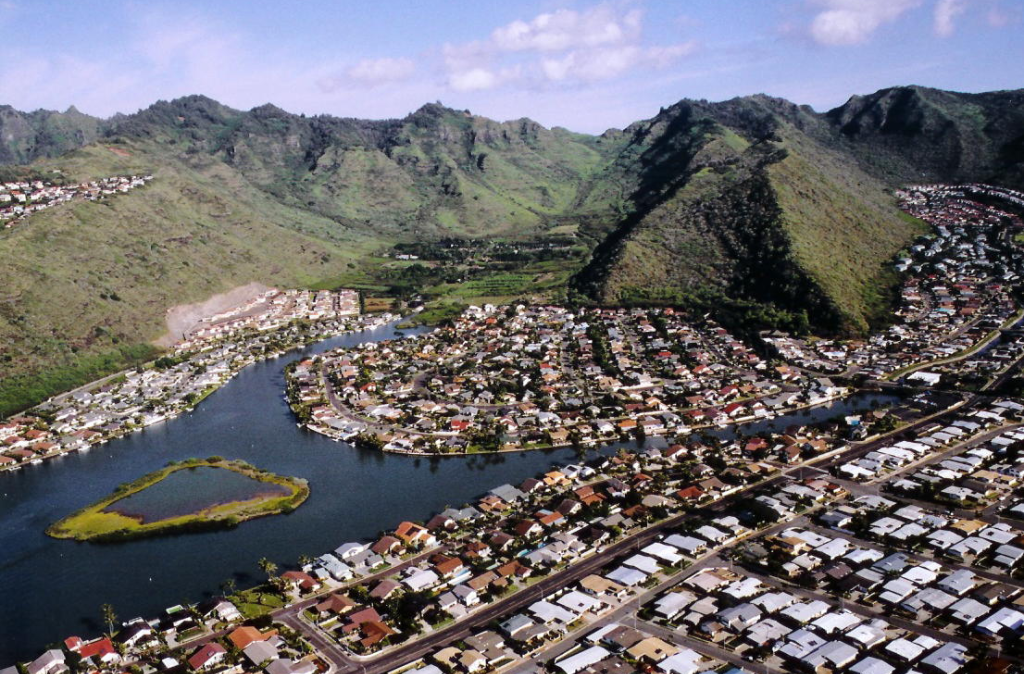 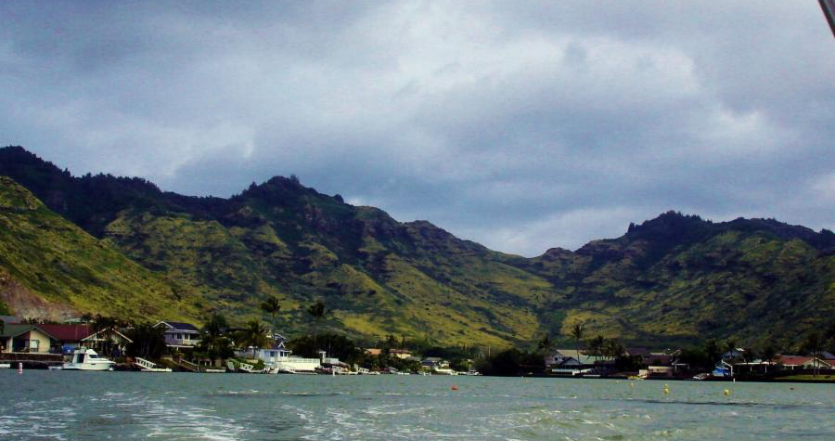 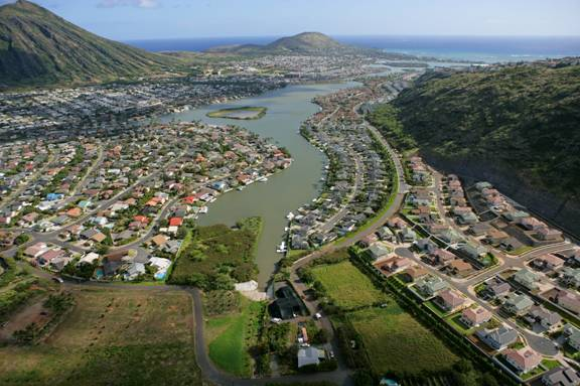