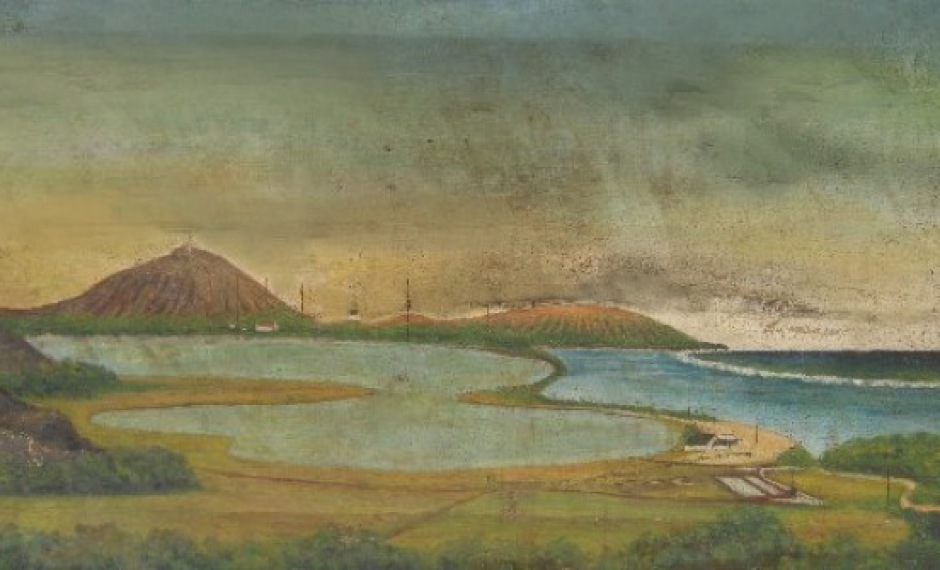 Maunalua Historical Website will always be featured in our website. It was created by Livable Hawaii Kai Hui Member Ann Marie Kirk and launched on June 21, 2008. This website will always be changing as new historic information and "talk story" is added. Please click this link to view the website www.maunalua.net

This link is to the TV news clips for MAUNALUA HERITAGE FESTIVAL:
https://www.dropbox.com/s/sxprnxda07m3lh7/hokulea%20at%20HKTV%20for%20MHF.mp4?dl=0 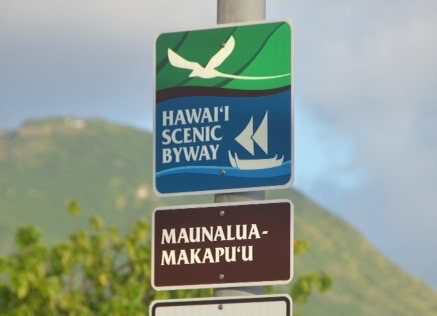 On the first Sunday of every month from 10 – 1 pm, Maunalua Communities Foundation (MCF) has been hosting local farmers, artisans, food vendors and community groups to gather at Koko Marina Shopping Center in the parking lot between First Hawaiian Bank and Chevron gas station.

Malama Maunalua seeks volunteers for Makai Watch training. The mission of Malama Maunalua is to conserve and restore a healthy and productive Maunalua Bay through community kuleana (responsibility). If you live, work, or play in the Maunalua Bay area in southeastern O`ahu, the upcoming training sessions for Maunalua Makai Watch may be an opportunity for you to learn more about and kokua this special place.

Malua Makai Watch is a program of Malama Maunalua that involves partners including the Department of Land and Natural Resources, The Nature Conservancy, Malama Hawai`i and the Community Conservation Network. The goal of Makai Watch is to enhance the management of near-shore marine resources by providing community members an opportunity to become directly involved in this management. We are looking for volunteers ages 16 and above who can commit to giving at least four hours a month for one year.
Training is free --- rewards are priceless!

Volunteers will be trained over three sessions, all covering different topics. These sessions will involve classroom learning, as well as several site visits of the Maunalua Bay area which extends from Koko Head’s Kawaihoa Point to Black Point (Kupikipiki’o). Information will be shared on topics including: Malama Maunalua, the organization; history and geography of Maunalua Bay; basic ecology of Maunalua Bay (resources, major threats, and restoration strategies); existing Bay regulations and common violations; fish and limu species identification; biological monitoring; human use monitoring; alien algae removal projects, and other ways for community involvement.

On June 21st, 2008 starting at 5:30pm, area residents can learn about the rich history of the Maunalua region via the Hui Maunalua cultural website, which will have a launching event Saturday, June 21, at the Koko Head District Park Community Center, 423 Kaumakani St.

Tokio "Uncle Fishy" Jodoi, 90 holding a painting of the Kuapa Fishpond dating back to the 1930s is among the kupuna who will be featured on a new community website, www.maunalua.net Jodoi's family was one of three families in the early 1900s that worked at Kuapa Fishpond.

Starting at 5:30 p.m., guests can listen to local kupuna or elders, watch short movies, view historical photos and participate in a question-and-answer session."Meet some of the kupuna and those involved in putting the Web site together," urged Elizabeth Reilly, president of Livable Hawaii Kai Hui, a nonprofit community organization.

"The Web site — designed and produced by Hui member Ann Marie Kirk — is a labor of love and a unique gift that I believe will start a trend throughout Hawaii," she said.

According to Reilly, Hui Maunalua is made up of community members from East Oahu who are interested in helping to establish and maintain "a sense of place."

They do this through unfolding and connecting the stories of the past as lived by area kupuna, and sharing them via the new Web site, which looks at the cultural and historical sites and people from Aina Haina to Waimanalo.

Purpose of the Web site is to learn about the history of Maunalua through interviews, storytelling, pictures, short movies with elders and historians, and research done by Hui Maunalua.

"To be a part of telling the story of the Maunalua region is something I've wanted to do for a very long time," Kirk shared. "The Maunalua region has a long and fascinating history. I felt there should be a place where this information can be easily accessed by people."

The Hui Maunalua website, www.maunalua.net will go public on Sunday, June 22. For more info, send an e-mail to huimaunalua@maunalua.net.

WHY: To voice public support at the Hawaii Kai Neighborhood Board monthly meeting as this item is on the agenda under New Business

HOW: A public show of support, reinforced with posters conveying POSITIVE messages

HAWAII KAI A rally is scheduled for Tuesday, Feb. 26, 2008, at 6:30 p.m. at Hahaione School to show public support of keeping the City from closing access to Koko Crater Trail. The rally will precede the monthly Hawaii Kai Neighborhood Board meeting set to begin at 7 p.m. The HKNB has this very emotional issue on its agenda for public discussion.

Background: On the morning of Friday, Feb. 15, 2008, city employees erected signs stating that the trail was closed due to the possibility of trail users being hit with live fire from the gun range to the southeast. Exercise enthusiasts and avid hikers of the trail inquired with the city, the state and the firing range regarding the authorization of the signs. The Mayorâ€™s office said it had no information about the signs. The first of two news releases issued by the City that afternoon defended the signs. City Parks Director Lester Chang said â€œIncreasing popularity of the undeveloped trail led to the action.â€ Issued an hour later, the second news release indicated that the City would remove the signs because they were posted without consulting the community. Its first opportunity to consult with the community will be at the Hawaii Kai Neighborhood Board meeting on Tuesday, Feb. 26, 2008.

The Hawaii Kai Hui holds forth that the trail is a vital and beautiful component of the East Honolulu lifestyle. The trail is promoted in travel guides and is visited by tourists from all over the world. Nearby residents climb the summit each day in pursuit of fitness and the reward of a breathtaking 360-degree view. Canoe clubs often run the trail to help their crews build stamina and increase cardio performance. Children with families and scouting organizations are often seen climbing to the summit. The Koko Crater Trail represents a healthy lifestyle. It is wrong to close down a trail because the City says it is too popular. A trailâ€™s popularity should be the catalyst for its preservation for many generations!

The public is invited to participate in this rally to keep Koko Crater Trail open and the Hawaii Kai Neighborhood Board meeting that follows. Hawaiiâ€™s trails are important to its citizens and to its tourism industry. Help us find solutions that will keep all of Hawaiiâ€™s trails accessible!

Please get active and volunteer to help! 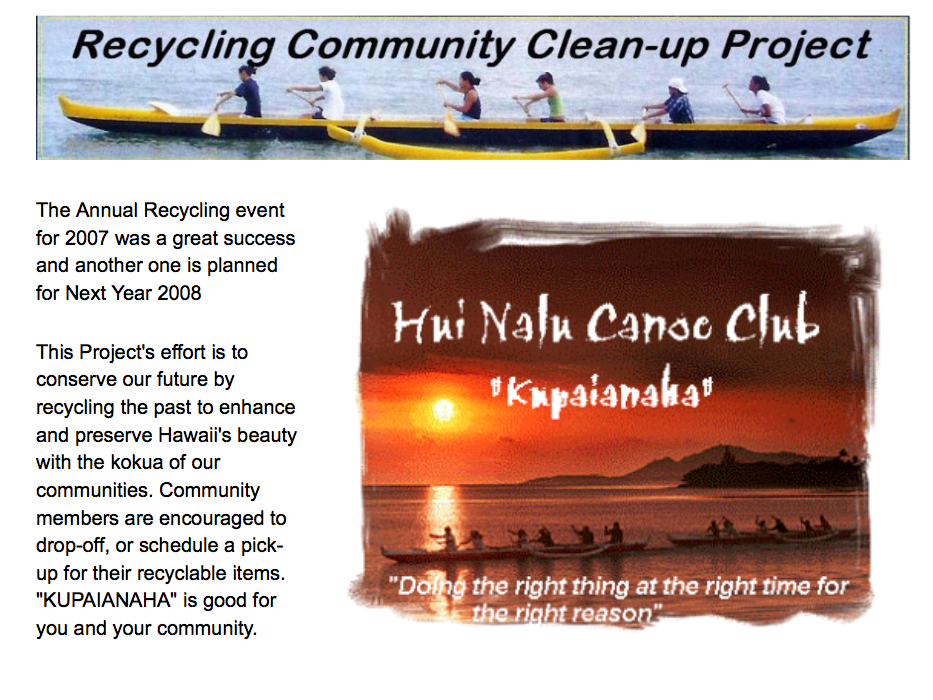